Saturday was a really hard day. I did something I don't usually do. I sat down during the lunch break, and I broke down in tears.

I cried for an hour. I've not done that since I was a child.

It was our last day in legislative committees before entering plenary sessions this week. The most controversial legislation usually bleeds into the last day of committees, as delegates understandably don't want to deal with the difficult stuff until they have to, so just about every committee was dealing somehow, in some way, with the issue of human sexuality.

But I did not weep because "my side is losing," as those of us in favor of full inclusion have sometimes heard. I came into General Conference knowing this matter would not be resolved, and that we'd leave as we came, hopelessly divided. 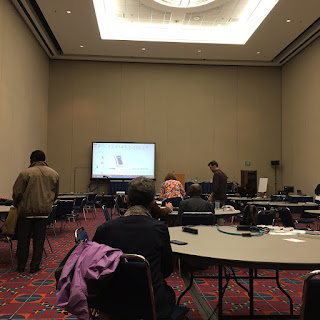 I wept because I didn't seriously believe there was will within the body to make things worse. I didn't expect the Judicial Administration committee to recommend "mandatory minimums" for clergy who perform gay weddings. I did not expect the Conferences committee to reject every single plan to acknowledge that the United States has a cultural context, just as the central conferences do. I didn't expect Church and Society B to get so ugly that some delegates laughed over the idea of "gender identity" rather than the dealing with the substance of trans* issues. I didn't expect the Local Church committee to recommend--albeit on a close vote--legislation obliterating the trust clause that holds the church together, even in tension. In other words, I expected division, but not an attempt at destruction.

And for as heartbroken as I am at our divisions, I am even more heartbroken that we so often rely on closed-door tactics, misdirection, and manufactured chaos to get our way. What is more, we sometimes treat our colleagues in the central conferences as pawns, not giving them full input into the life of the body--we don't even print the Daily Christian Advocate in all the languages necessary for delegates from the Central Conferences to read proposed legislation!--, just so that we can achieve our own political ends.

All of these legislative matters are not set until they are passed (or not) by the plenary this week, so there is continued hope that this General Conference will be known as something besides the play off its theme: "Therefore No." There is also a significant chance that the Judicial Council will step in to rule some of this legislation--particularly the "mandatory minimum" piece--unconstitutional. I pray, with passion, that we are able to stay together, as I believe we are stronger when we are in connection with one another. But regardless of where we end up, our division makes me weep. I am praying, this week, for renewed hope, but I am having to mine deep.

That said, I still have great #HopeForTheChurch: 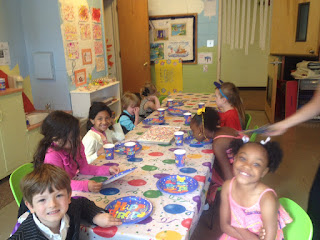 The remarkable church I serve, North Decatur UMC, put together 80 UMCOR health kits yesterday, on Pentecost, as a birthday present for God's people.

Congregations all over the world gathered yesterday, as they always do, to praise God, to teach the Gospel, to share God's love.

Passionate people advocate for the things they passionately believe--not despite the Gospel, but because of it.

My Christian colleagues--those here, and those back home in North Georgia--work for that which they discern to be God's will.

Missionaries, serving all over the world, share the love of God of all people in all times and in all places.

I could go on. You can read this thread on Twitter to learn more. I am trying my best to withhold judgment on where we are as a church until the week is over. The middle of a General Conference is not a good time for discerning where we are; there is still plenty of time for the Holy Spirit to make something of the broken process of General Conference.

But would you pray? No matter where you stand on matters of full inclusion, or ordination, or unity, this is a dangerous time in the life of the United Methodist Church. It is a time of great possibility, but it is also a time fraught with danger, as most possibility is. Pray, friends. Pray.
Posted by Dalton at 9:53 AM