What do you call a horse designed by committee? A camel.

What do you call a church run by committees? If you are not careful, you call it United Methodist.

One Size Fits All?

The United Methodist Church is structured to be lay-driven, and this is a very good thing. Unfortunately, in our zeal to include as many people as possible in church leadership and decision-making, we often hold the church back. Not only this, but the system we use for ordering our churches has, at times, actually prevented the laity from participating in our mission to make disciples of Jesus Christ for the transformation of the world.

What if I told you that there is another way, and that it is actually already written into the Book of Discipline? There is, and it is. But let me first set the scene as to why exploring alternative governance is so important. 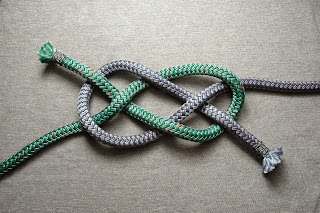 As clergy know, there's this interesting wrinkle in our polity as United Methodists that there are administrative committees, mandated by the Book of Discipline, with overlapping function. We try to make up for this fact with by including certain people on multiple committees, but frequently, rather than facilitating conversation, this structural principle means a certain number of people spend more nights than they should in the church parlor, sitting around a table, instead of caring for their families or making Disciples.

Let me share an example from the church I serve. During my first six months at North Decatur United Methodist Church, the church needed to undertake a major renovation project on our elevator. Basically, all the guts had to be replaced. Three groups in the church had oversight:


The money we planned to use to renovate the elevator was sitting in a bank account, ready to be spent, and yet because of the logistical reality of working through three groups with overlapping authority, we spend six months talking about a project that everyone agreed we needed to do and for which we had already set aside the money! This isn't to say that our lay leaders  were doing anything wrong; it's to say that (as Andy Stanley says) our system was set up to produce exactly the results we were getting, which in this case were absolutely nothing.

It also isn't to say that the United Methodist committee system is irrevocably broken. I supposed it works for some churches. But I've rarely heard anybody praise our committee structure. I've also never seen a disciple made in a committee meeting.

The issue is this: not only is our structure built upon a premise of abundant meetings and overlapping responsibilities (a recipe for triangulation if there ever were one), but the structure simply was not built for a society that moves more quickly than ever. With instant communication, evolving demographics, and a rapidly changing culture, there comes a need to be able to make decisions quickly. As Jeff Brody says, "slow decision making means missed opportunities." We don't have to wait to gather in person in order to learn the results of a study or a bid. We can send it by email and everyone can instantly have all the data. The old way, while it does work for some churches, doesn't work for all of them. So why should we all have to be structured the exact same way?

The good news is that we don't.

The United Methodist Book of Discipline includes the following statement:

¶247.2: The charge conference, the district superintendent, and the pastor shall organize and administer the pastoral charge and churches according to the policies and plans herein set forth. When the membership size, program scope, mission resources, or other circumstances so require, the charge conference may, in consultation with and upon the approval of the district superintendent, modify the organizational plans, provided that the provisions of ¶ 243 are observed.

You will notice the broad scope of this paragraph. In consultation with and upon the approval of the district superintendent, a church can engage an alternative administrative structure for just about any reason, provided the provisions of ¶ 243 (which lays out the primary tasks of the church) are observed. Provided you have a district superintendent with imagination and guts (and, fortunately, I do), this may be the best path forward for you and the context you serve.

Paragraph 243, it should be noted, says nothing about how those tasks are to be carried out structurally. The matter of governing structure is a matter between the local church, the pastor, and the district superintendent, in accordance with relevant provisions in the Book of Discipline. There is wide latitude to convene a structure that:
There are, of course, a number of ways that this alternative structure could function. Let me share how we do it at North Decatur UMC, and why we've found it to be helpful.

The Church Council at North Decatur UMC consists of 12 lay members, including the chair. The members serve three-year, staggered terms, and each member has responsibility to the council as a whole, in addition to any other responsibilities she or he may have coordinating a work area. The Council is structured as follows:

The ministry areas are structured as follows:
Each ministry of the church falls in one of these three ministry areas and has a designated leader within the congregation, so that responsibility filters up from the ministry leader through the chair of each area to the Council itself for purposes of coordination, budgeting, and calendaring. When needed, decisions related to ministries are made in the larger Church Council meeting, but usually the ministry teams are empowered to make those decisions themselves, in accordance with policies and procedures established by Church Council. Where coordination between teams is an issue, those matters can usually be worked out between the ministry chairs by email or phone.

Lay employees are accountable to the pastor (clear line of responsibility), and the pastor is accountable to the Council (another clear line). Hiring and firing decisions are made by the pastor, in consultation with the SPRC chair/coordinator; while the pastor consults with the whole council about staffing matters, the pastor is ultimately responsible for staffing, so that the staff understands lines of authority and so that the pastor may be properly evaluated on his or her entire portfolio, including management of the staff. This line of authority with lay staff, it should be noted, is in line with the Discipline's mandate that the pastor order the life of the church.

It is also important to note that while certain members of the council have coordination responsibilities, this model completely replaces the old SPRC / Trustees / Finance committee model. Rather than meeting in individual committees, Trustees matters are brought by the coordinator/chair and dealt with by the entire Council. SPRC matters are typically handled by the pastor (as head of staff) or in the Council as a whole. Major financial decisions are made not by a Finance committee, but by the Council as a whole. The purpose of the structure, after all, is to be clear about who has the authority to make decisions: it is the Council. When the budget is put together, the Finance chair works with the ministry chairs, the staff, and other council members as needed (typically the chair and the treasurer) to craft the proposed budget, which is then approved by the entire Council. Similarly, when a special Trustees project needs to be addressed, the Trustees coordinator/chair is free to put together an ad hoc advisory or implementation group; even then, the entire Council retains decision-making power

With so much work to do, one may be concerned that meetings would take hours. I have not discovered this to be the case. It is almost unheard of that meetings of the Church Council exceed two hours; most are completed within ninety minutes (and with more to show for the time spent than six traditional committee meetings!). What is more, these meetings are open to anyone who wants to come, until and unless there are SPRC/staffing issues to be discussed. If so, near the end of our time together, the meeting is closed, and non-members leave so that the Council may have the requisite confidential staffing conversations.

Streamlining leadership is not simply something that small churches should consider. I have taught this model to over a hundred churches, and the churches run the gamut in terms of dynamics and demographics: from large to smaller-than-small, white to multicultural to "racial-ethnic," liberal to conservative and everything in between. North Decatur UMC currently sees an average of 200+ worshipers on a Sunday, but the genesis for this model came from Ginghamsburg Church, one of the largest UMCs in the world.

I believe in this model because I have seen it work. North Decatur UMC was a church ready to try something new, and because of that willingness, adopted this model. The model has allowed us to make swift decisions, freed up our evenings for ministry and family, and ultimately led us from an enormous budget deficit and dwindling attendance to a large budget surplus and a church that has nearly quadrupled in size in four years time. I cannot attribute all of these things to our structure--North Decatur UMC is a special place, for sure--but neither can I say that without this structure, we would be anywhere close to where we are. That said, this model isn't for everyone. It isn't for a church not yet ready for significant change, and it isn't for pastors who aren't ready to take on new--and clear--lines of authority.

Finally, let me stress that there is no compelling reason to structure your church exactly the way North Decatur UMC has. The purpose of this Disciplinary provision is to allow for contextual structure. Do what works in your context. The point here is to recognize that when you feel like you are spending all your time in committee meetings, there are options.

For more information, let me encourage you to check out Stephen Ross' book, Leadership and Organization for Fruitful Congregations and two books by Mike Slaughter, Unlearning Church and Spiritual Entrepreneurs. And feel free to contact me by email at dalton.rushing@ngumc.net if I can be further helpful.