If I read one more poorly-argued blog post about how a focus on reaching Millennials is deeply unBiblical, I am going to scream.

To hear church leaders like David Watson talk, you'd think that those of us doing ministry with Millennials--particularly those of us who fall into the "open and affirming" camp--have replaced the Bible with Dianetics, call the Trinity by the name of "The Sun God, the Moon Goddess, and the Whatever-Makes-You-Happy," and care less about faithfulness to the Gospel as we do making sure our Facebook statuses are totally rad, dude.

The charge that really drives me crazy is that we are relativist: that we do not believe in Objective Truth, that we have carved the difficult stuff out of the Bible and replaced it with a selfie. 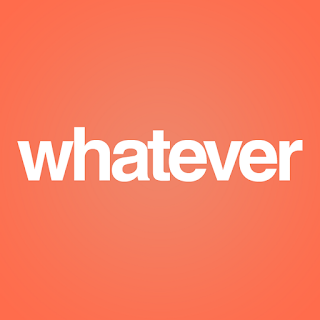 There are not relativists strategically placed throughout the United Methodist Church trying to replace God. While I certainly acknowledge that people sometimes say (and do, and believe) stupid things, to call those who advocate for church reform to better reach millennials "relativists" is completely unfair, in the same way that it is unfair for people who support full inclusion of LGBT people to call all those who disagree with that stance hateful.

And yet it seems to me that this charge--that moderate-to-progressives don't actually believe in objective truth--is becoming more and more common.

I read my Bible just like David Watson does, and it is simply a lie to suggest that the things I believe come from some relativist fantasy rather than the actual black-and-white-and-red in the Bible. For every Romans 1, there's an Ethiopian eunuch. For every Genesis 1, there's a Romans 8. We can go round and round about Biblical arguments all day long, but don't call me a relativist. My beliefs about God come from the Bible, too, and whether you agree with me or not--whether you agree with a wide swath of the church or not--at least give us enough credit as to not pretend we're making it up as we go.

This is all to say: I am tired of being accused of watering down the Gospel.

Would a watered-down Gospel compel a church to welcome all people in Christ's name?

Would a watered-down Gospel build a community of reconciliation that is acknowledging and crossing over barriers of race, and age, and class, and sexual orientation?

Would a watered-down Gospel bring people to accept the salvation that comes from Jesus Christ, particularly people who previously saw no need for religion at all, in a culture that does not value Christian faith?

Would a watered-down Gospel lead those who have left the church--who have declared it hypocritical, heterosexist, and concerned only with institutional preservation--to reaffirm their faith in Jesus Christ?

These are all dynamics I've experienced just in the last six months of being what some would call a relativist. I could keep going. I won't. But I likewise will not stand idly by while religious leaders pretend to place religious integrity over institutional preservation . . . and then turn around and lament the changing nature of the institution.

I cannot speak for all my Millennial sisters and brothers, though I was born in 1983 and fit most of the generational markers. I will say this: with God's help, I do want to reach a new generation for Jesus Christ, but the mission is not institutional preservation, but rather disciple-making and world-transformation. I will acknowledge having a wide enough ecclesiology to allow for diversity within that understanding. And I wish that we would quit pretending that those of us who are trying to include new people in God's church--particularly those who wave the "unity" flag--are only interested in preserving the United Methodist Church, Incorporated.

Look: I don't pretend that a changing church is easy. It's going to get worse before it gets better, folks; I've seen those trend-lines too. But I'm also not going to let a focus on Millennials (set to be the largest generation in the history of the United States) be blamed for the decline of the denomination. I'm only 32. That's giving me--and those my age--an awful lot of credit in terms of our ability to undo the Gospel.