(To listen to a version of this sermon as preached, click here.)
Matthew 16:13-20
13Now when Jesus came into the district of Caesarea Philippi, he asked his disciples, “Who do people say that the Son of Man is?” 14And they said, “Some say John the Baptist, but others Elijah, and still others Jeremiah or one of the prophets.” 15He said to them, “But who do you say that I am?” 16Simon Peter answered, “You are the Messiah, the Son of the living God.” 17And Jesus answered him, “Blessed are you, Simon son of Jonah! For flesh and blood has not revealed this to you, but my Father in heaven. 18And I tell you, you are Peter, and on this rock I will build my church, and the gates of Hades will not prevail against it. 19I will give you the keys of the kingdom of heaven, and whatever you bind on earth will be bound in heaven, and whatever you loose on earth will be loosed in heaven.” 20Then he sternly ordered the disciples not to tell anyone that he was the Messiah.
---
Who do you say that I am? Seven words, eighteen letters, an enormous question that takes a lifetime to answer. You could seriously spend a lifetime on that one, and I’m not even just talking about Jesus; I’m talking about each of us. We’re all on a journey of figuring out who we are, learning about ourselves, especially in the church, and whatever you think, if you’re breathing, you’re learning, you are discovering who you are as a child of God.
It is an especially important question for the church to try to answer about Jesus, because who we say Jesus is matters. So this is what we are going to talk about today, who Jesus is, how Jesus works, what Jesus expects of us. 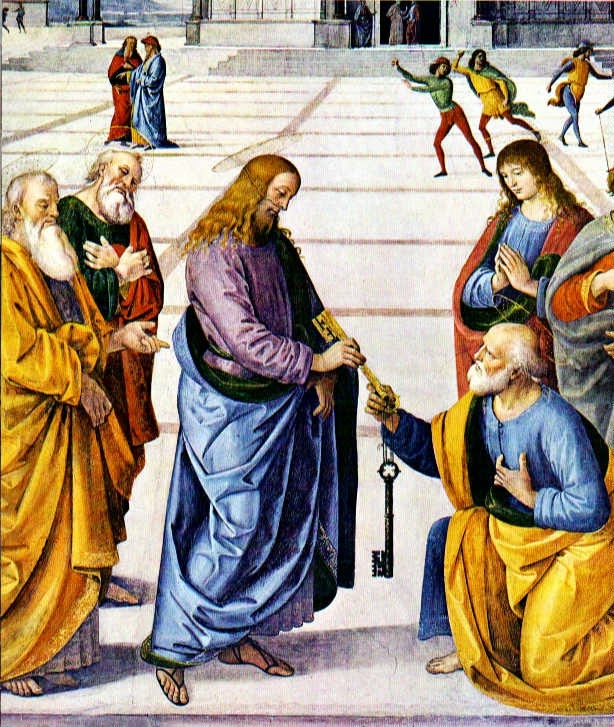 
It’s not easy, this responsibility. It can feel like a lot of pressure. But while we’ve struggled for centuries to figure out just what Jesus means about binding and loosing, while we’ll fumble forward in faith, the good news is that we can do God’s work, with God’s help, and holding on to Jesus’s promise that when we are faithful, goodness will win. Goodness will win, maybe not today, maybe not in our lifetimes. But soon enough. Soon enough. And thanks be to God. Amen.
Posted by Dalton at 11:16 AM